Buttercups are usually considered not edible. In fact, I think they were the first plant I learned not to eat when I was just a few years old.  Of the 2,252 species in the family and some 600 buttercups in the genus perhaps a dozen and a half squeak into the edible realm.  Potential famine food. I also learned at an early age they grow in wet places such as near quicksand. 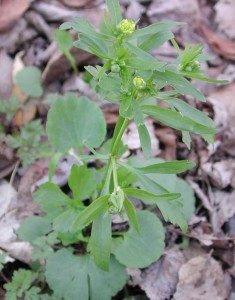 There is something of a debate whether true “quicksand” exists in North America. I don’t see why not.  It’s liquefied soil, usually sand kept in suspension by water flowing up from underneath. Directly behind the first house I lived in there were buttercups and quicksand. Cows were known to drown there. In fact when I was four or five I fell head first into said. Was rescued by the family dog named “Sister” who wasn’t much more than a puppy herself. Thus exploring buttercups and I go way back along with falling into things. (By the way if you do find yourself in quicksand, float as you would in a pool.)

The only use for our buttercups was the childhood game of holding the yellow blossom under someone’s chin to see if they “liked” butter. The chin always lights up with a yellow glow. It took scientists a century to figure out why. You can read a web page about it here or you can read the entire article below.) 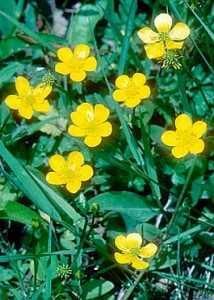 Buttercups, like horseradish, engage in chemical warfare. In horseradish the heat one tastes comes from crushing cells that hold two different chemicals apart which are only peppery when they combine. This is to discourage consumption by me, thee and the denizens of nature. The buttercup is similar in that the offending chemical, a glycoside called Ranunculin, is not a problem until the plant’s cells are crushed. Then an almost instant enzyme reaction turning Ranuculin into Protoanemonin, a bitter, irritating, yellow oil. The animals most bothered by buttercups are grazing cows then horses, sheep and pigs, the latter two sometimes suffering paralysis.  Humans are rarely poisoned by buttercups because they taste so bad. It is not fatal in small amounts but a significant irritant that can make you ill with gastric distress.

So, which part is toxic? The entire plant: Sap, flowers, seeds, and leaves but the greatest concentration is in the yellow flowers, next are the shoots which have one-sixth as much. However, dried the plant can be eaten by cows. Heat also destroys the toxin. According to the late poisonous plant expert John M.Kingsbury, “as far as has been determined they [Buttercups) all contain the same toxic principle, although in varying amounts, and produce an equivalent syndrome.” Thus our goal is to use species that have small amounts and/or which can be easily removed. R.sceleratus has 2.5% Protoanemonin (dry weight basis) and R. bulbosa 1.45%. R. repens has only 0.27%. 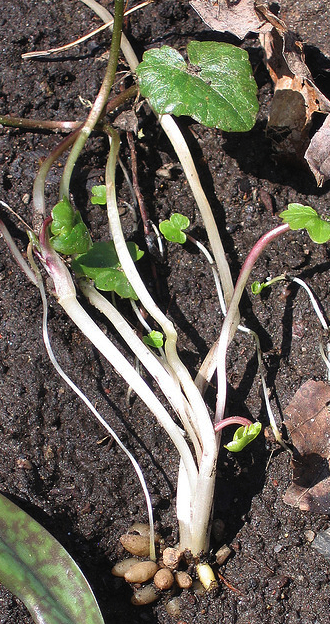 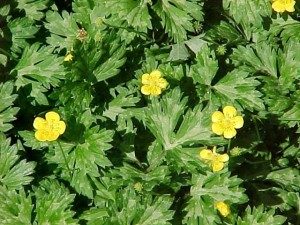 John Lightfoot, who wrote Flora Scotica in 1777 said “not withstanding this corrosive quality, the roots when boiled become so mild as to become eatable.” Merritt Fernald, the grand wild food man of Harvard yard, said the R. bulbosus bulbils if overwintered and dry become mild and sweet.   Medicinally the buttercups have been used in a wide variety of ways. The Illinois-Miami used them to treat arrow and later gunshot wounds, the Cherokee as a poultice on abscesses, as a sedative and for sore throats. The Iroquois used a decoction for epilepsy, blood diseases, sore eyes, stomach issues, stiff muscles, snake bite, toothaches, as an emetic, to counter poisons and to dry up smallpox sores.  The Meskwaki used them externally to stop nosebleeds.  John Bartram, 1751, reported Buttercups were used for syphilis, asthma, rheumatism, pneumonia and other ailments. The juice has been used to remove warts. Extracts of R. sceleratus are good against plant fungus. The native Florida Buttercup. R. abortivus was also considered a remedy for syphilis. I don’t want to know about application methods. 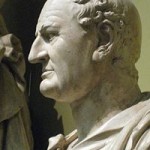 The genus name, Ranunculus, is Dead Latin for small frog. Pliny the Elder, 23-79 AD, used that name for the buttercup which should tell you man has been familiar with the plant family for a long time. Farmers long ago thought cows eating buttercups would improve the color of their butter. Some farmers even rubbed the yellow blossoms on the udders. Considering the flowers can be irritating that probably did not work out well. However, a tea made from buttercups and poured on the ground drives earthworms to the surface. The yellow flowers yield a light fawn dye if alum is used as a mordant, green with chrome as the mordant, and yellow with tin as the mordant. Mordants set the color on the fabric.

As reported in Phys.Org scientists have discovered why buttercups reflect yellow on chins – and it doesn’t have anything to do with whether you like butter. The new research sheds light on the children’s game and provides insight into pollination. Researchers found the distinctive glossiness of the buttercup flower (Ranunculus repens), which children like to shine under the chin to test whether their friends like butter, is related to its unique anatomical structure.  Their findings were published 14 December, 2011, in the Royal Society journal Interface. 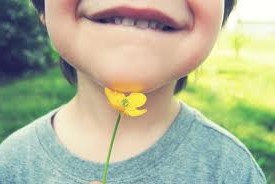 The researchers discovered that the buttercup petal’s unique bright and glossy appearance is the result of the interplay between its different layers. In particular, the strong yellow reflection responsible for the chin illumination is mainly due to the epidermal layer of the petal that reflects yellow light with an intensity that is comparable to glass. Scientists have been interested in how the buttercup flower works for over a century. They have previously shown that the reflected color is yellow due to the absorption of the colors in the blue-green region of the spectrum by the carotenoid pigment in the petals.  As the blue-green light is absorbed, the light in the other spectral regions (in this case, primarily yellow) is reflected. It has also been known for many years that the epidermal layer of the petals is composed of very flat cells, providing strong reflection.

This new study shows how the buttercup’s exceptionally bright appearance is a result of a special feature of the petal structure. The epidermal layer of cells has not one but two extremely flat surfaces from which light is reflected. One is the top of the cells, the other exists because the epidermis is separated from the lower layers of the petal by an air gap. Reflection of light by the smooth surface of the cells and by the air layer effectively doubles the gloss of the petal, explaining why buttercups are so much better at reflecting light under your chin than any other flower. 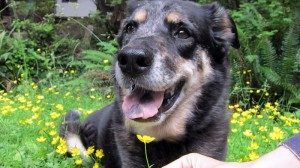 Buttercup are toxic to dogs and cats if eaten.

The researchers also found that the buttercup reflects a significant amount of UV light. As many pollinators, including bees, have eyes sensitive in the UV region, this provides insight into how the buttercup uses its unique appearance to attract insects. Dr. Silvia Vignolini, lower left, from the University of Cambridge’s Department of Physics (Cavendish Laboratory), explained the importance of the buttercup’s unique appearance: “Although many different factors, such as scent and temperature, influence the relationships between pollinators and flowers, the visual appearance of flowers is one of the most important factors in this communication. Flowers develop brilliant color, or additional cues, such as glossiness – in the case of the buttercup – that contribute to make the optical response of the flower unique. Moreover, the glossiness might also mimic the presence of nectar droplets on the petals, making them that much more attractive.” 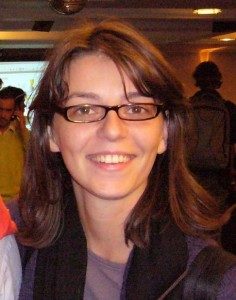 Dr. Beverley Glover, Department of Plant Sciences, said: “This phenomenon has intrigued scientists and laymen alike for centuries.  Our research provides exciting insight into not only a children’s game but also into the lengths to which flowers will go to attract pollinators.” Professor Ulli Steiner, from the Nanophotonics Center at the Cavendish Laboratory, the University of Cambridge’s Department of Physics, said: “It is fun to revisit a problem that is more than one century old and, using modern methods, discover something new.  The strong collaboration between Physics and the Plant Sciences has enabled this.”

Next topic to be researched: Quicksand… For you historical buff there once was a Buttercup, Texas. And for 11 weeks in 1968 the song on the top of the charts was “Build Me Up Buttercup”  by the Foundation.