Saudi Arabia’s Foreign Minister Adel al-Jubeir on Moday denied any ties between the kingdom and Israel.

“There are no relations between Saudi Arabia and Israel,” Jubeir told Egypt’s CBC television, according to a translation by the Ynet news website.

There have long been rumors of clandestine relations between Jerusalem and Riyadh on matters of regional security.

A rare interview given by the head of Israel’s armed forces to a Saudi-owned news site was published on Thursday, further fueling talk of close links. The CBC interviewer mentioned that interview when questioning al-Jubeir.

Jubeir said the Arab Peace Initiative remained the path to normalization of relations between Israel and Arab states.

The 2002 plan, initiated by Saudi Arabia, offered Israel a chance to normalize relations with 22 Arab nations in exchange for territorial concessions, a resolution of Palestinian refugee claims, and the establishment of a Palestinian state.

“The Arab conditions are clear — two states with a Palestinian state whose capital is East Jerusalem. As for other issues, they can be worked out between Israelis and Palestinians. Arab nations’ position has always supported the Palestinian brothers. That remains the Arab position,” he said. 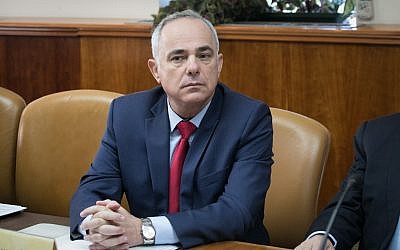 An Israeli cabinet minister said on Sunday that Israel had covert ties with “many” Arab and Muslim states, but was obliged not to name them at the other sides’ request.

This followed previous broad hints by Prime Minister Benjamin Netanyahu about Israeli-Arab relations, and accusations by Hezbollah that Saudi Arabia was pushing Israel to attack the Lebanese Shiite terror group.

“We have ties, some of them secret, with many Arab and Muslim states,” Energy and Infrastructure Minister Yuval Steinitz told Army Radio on Sunday. “Usually the one who wants those ties to be discreet is the other side,” he said in response to a question about ties with Riyadh.

AFP contributed to this report.