This story about the recent UFO sightings in Texas reminded me of one of my favorite movies, the original Invaders From Mars. Directed by William Cameron Menzies (the renowned art director who also directed the fantastic Things To Come), this B-movie classic has been called the definitive Cold War paranoia film. I saw it many times as a kid but just on TV -- and only in B&W. Maybe that made the goings-on even that much more disturbing.

I will never forget how terrified I was whenever someone would be sucked down those weird sand pits and into the underground lair of the invaders. You can hear the otherworldly chorus of strange voices that accompanied that frightening moment in the clip above. Someone should sample that. (Maybe they have?)

I was also just recently thinking about this movie as I added the giant green mutant goons you see carrying the victims away to my SEXY MONSTER list. Something about a super tall man in a green jumpsuit... 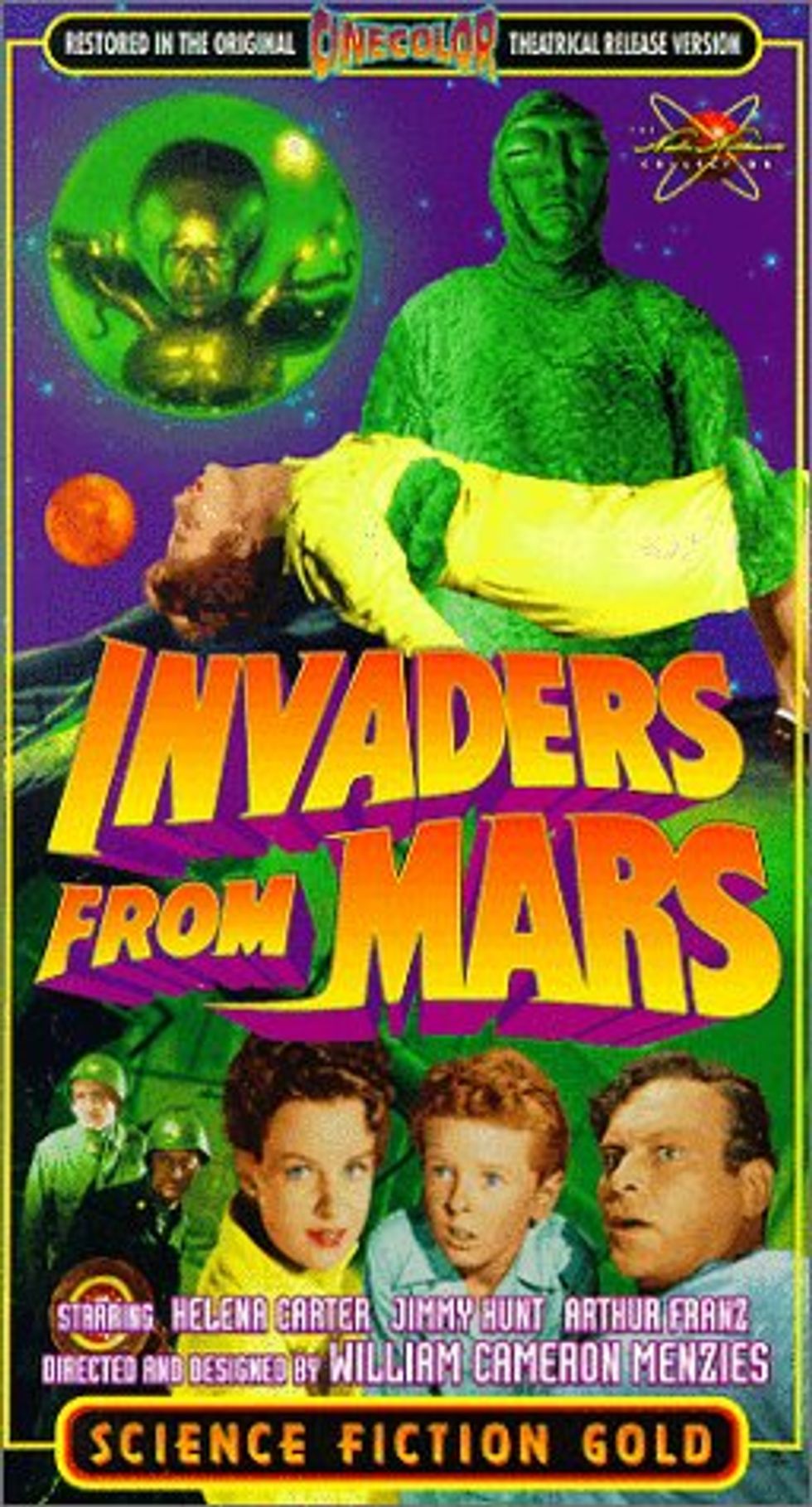 Anyway, the story about the recent Texas UFO sightings sounds like a transcript from a '50s B-movie flick! The part about the fighter jets pursuing the space craft is just too good to be true! (Why don't these things ever show up in Joshua Tree when we are there? Seems like a perfect locale for them... except for the Marine base being so near by. Then again, chances are it is some military craft -- recreated from alien technology culled from Roswell?)

From Breitbart (via Drudge):

"People wonder what in the world it is because this is the Bible Belt, and everyone is afraid it's the end of times," said Steve Allen, a freight company owner and pilot who said the object he saw last week was a mile long and half a mile wide. "It was positively, absolutely nothing from these parts."

While federal officials insist there's a logical explanation, locals swear that it was larger, quieter, faster and lower to the ground than an airplane. They also said the object's lights changed configuration, unlike those of a plane. People in several towns who reported seeing it over several weeks have offered similar descriptions of the object.

Machinist Ricky Sorrells said friends made fun of him when he told them he saw a flat, metallic object hovering about 300 feet over a pasture behind his Dublin home. But he decided to come forward after reading similar accounts in the Stephenville Empire-Tribune.

"You hear about big bass or big buck in the area, but this is a different deal," Sorrells said. "It feels good to hear that other people saw something, because that means I'm not crazy." 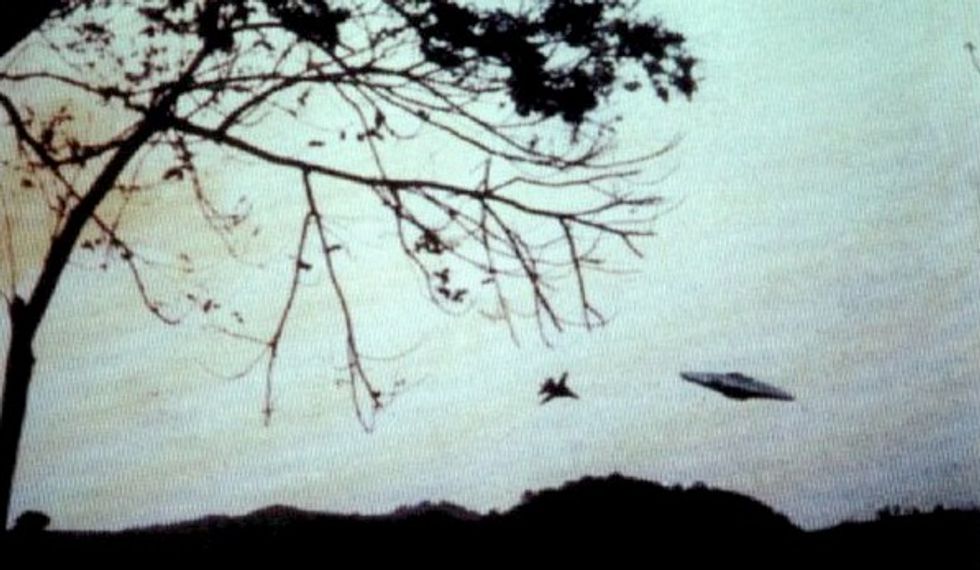 Sorrells said he has seen the object several times. He said he watched it through his rifle's telescopic lens and described it as very large and without seams, nuts or bolts.

Maj. Karl Lewis, a spokesman for the 301st Fighter Wing at the Joint Reserve Base Naval Air Station in Fort Worth, said no F-16s or other aircraft from his base were in the area the night of Jan. 8, when most people reported the sighting.

Lewis said the object may have been an illusion caused by two commercial airplanes. Lights from the aircraft would seem unusually bright and may appear orange from the setting sun.

"I'm 90 percent sure this was an airliner," Lewis said. "With the sun's angle, it can play tricks on you."

Officials at the region's two Air Force basesâDyess in Abilene and Sheppard in Wichita Fallsâalso said none of their aircraft were in the area last week. The Air Force no longer investigates UFOs.

.....Erath County Constable Lee Roy Gaitan said that he first saw red glowing lights and then white flashing lights moving fast, but that even with binoculars could not see the object to which the lights were attached.

"I didn't see a flying saucer and I don't know what it was, but it wasn't an airplane, and I've never seen anything like it," Gaitan said. "I think it must be some kind of military craftâat least I hope it was."