How often do you recycle? If you recycle every day, you're among only half of U.S. adults who claim to do so.

A 2011 national Ipsos poll, represented in the infographic below, found that about 87 percent of American adults do recycle, but only half do so daily. Only 13 percent admit to never recycling.

The survey also found that some Americans don't know which items can actually be recycled. Check out these tips for hard to recycle items and other recyclable items you may not have known about.

HuffPost blogger Mattias Wallander recently explained the importance of textile recycling. His company conducted a national survey of 1,450 Americans and found that just under half of respondents "had thrown clothes in the trash over the last year ... some of them as many as 10 times." Wallander believes that "easy, convenient ways to get rid of reusable clothes and shoes" are an important way to improve textile recycling rates.

If you recycle but still find yourself creating a lot of trash, check out these tips for creating less waste.

Infographic created by Column Five Media for Good. Click on the infographic for a larger version. 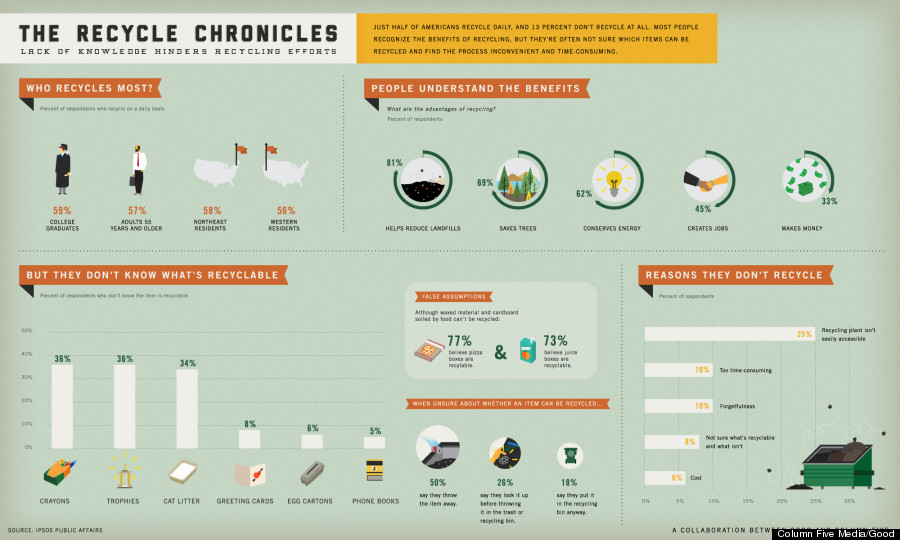