Priya Prakash Varrier is totally having a fan moment ever since Deepika Padukone 'winked' like her and posted a video on her Instagram saying, 'Take that Priya Varrier'. Deepika, who is currently busy promoting her upcoming and most ambitious film, Chhapaak, is doing a fun trend of #Dpisms wherein basically she is sharing BTS videos from the shoot of Chhapaak in her 'Malti' avatar and letting us watch her being her candid self. However, this latest video of #Dpisms turned out to go viral, courtesy of the 'viral sensation' Priya Prakash Varrier's wink. Deepika not only attempted the wink in her Malti avatar but also tagged Priya in the video.

One can only imagine how excited Priya might be right now to see Deepika, one of the leading actresses of Bollywood, challenging her in her wink game. It's no less than winning an award for Priya for she has always been a self-confessed Deepika fan. Precisely the reason why the moment she watched Deepika's wink, she couldn't stop going 'OMG' on her Insta story. Say for that matter, she also shared a screenshot of a Deepika fanclub promoting the video and wrote, "Did the Goddess herself wink? No better way to end 2019" Here, check out Deepika' s video and Priya's priceless reaction below... 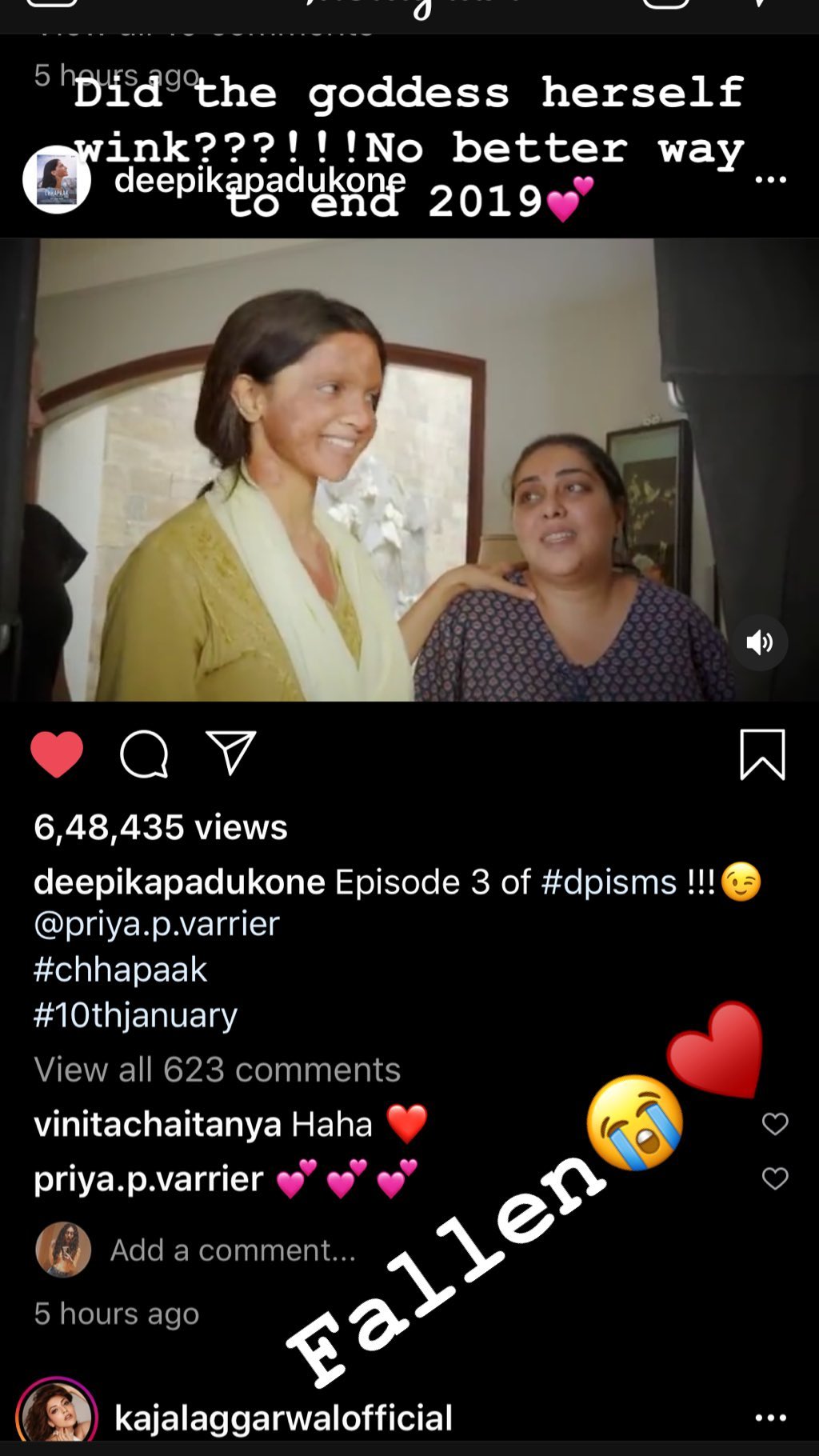 Meanwhile, talking about Chhapaak, the Meghna Gulzar directorial starring Deepika and Vikrant Massey revolves around the life of acid-attack survivor Laxmi Aggarwal. Deepika has pushed the boundaries for this film by not only transforming physically but also mentally and emotionally. The trailer, that released last week, has made a huge impact on the audience for all the right reasons. Perhaps, this is the most challenging role Deepika has ever played on-screen. Hopefully, her and the entire team's efforts will pay off once Chhapaak hits the screens on January 10, 2020.